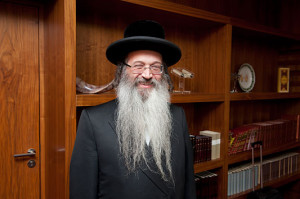 In 1994 he was appointed as the Rabbi of the Belz community in Zurich and as the Kosher Administrator to the Israelitische Religions Geselschaft in Zurich. Here he enjoyed the support of its Rabbi, the famous Rabbi Daniel Levy Za”l.